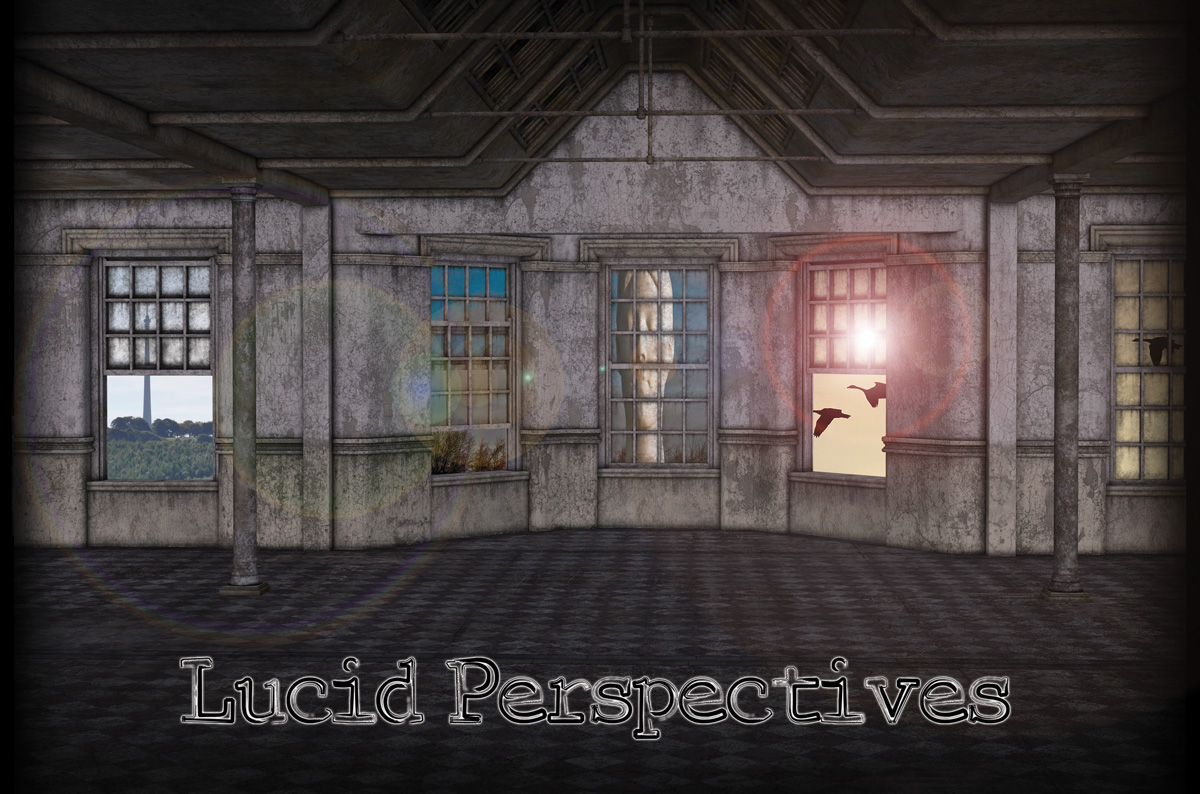 In January this year I was delighted and privileged to attend the premiere performance of Lucid Perspectives, a new piece for brass band written collaboratively between Paul McGhee, Lucy Pankhurst and myself. Ever since, I’ve been meaning to blog about the experience, so here goes…

Roughly a year ago I was contacted by a good friend of mine, the composer Paul McGhee with an interesting proposal. For 2017 the Butlins Mineworkers Brass Band Championships had allowed bands in the 4th section to choose their own test-piece to play (normally a single piece is specified by the contest organisers for all the bands). Paul’s family connections with the Woodbridge Excelsior Band in Suffolk had led to him being consulted on what the band could choose that would stand out from the normal run of pieces that might be selected for such an event. Paul’s response was that the best approach might well be to have a new piece written for the event.

Unfortunately, Paul knew he wouldn’t have time in his schedule to write the entire piece, so he came up with the idea of a collaborative piece. This has been tried before; Paul wrote one of the movements for a work entitled Diversions After Benjamin Britten, with the others written by Simon Dobson, Gavin Higgins and Lucy Pankhurst, . The work was commissioned by Paul Hindmarsh for the RNCM Festival of Brass in 2013 and subsequently shortlisted for a British Composer Award. This time I was delighted to be asked to be involved, along with Lucy, and we were duly set a brief which was that the movement we wrote should reflect “something we could see out of the window as we work”. The title Lucid Perspectives reflects this brief, although it was one we only finalised at the very end of the process. 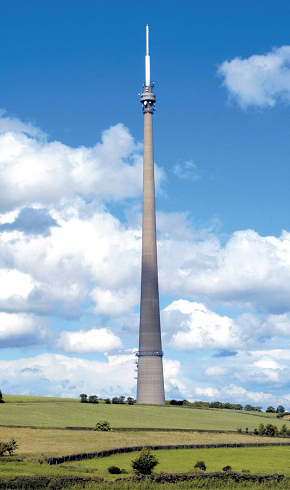 This led to the first challenge. I normally compose in my dining room at home, and the view out of the window is of a patio that I really need to get around to cleaning, and the rabbit hutch. Not the most inspiring of vistas for a new piece of music! So I cheated a little, and instead used the view out of the office where I undertake my ‘day job‘ on the business park at the site of the old Emley Moor Colliery. The view from there is dominated by the Arqiva Transmission Tower at Emley Moor, known colloquially as ‘Emley Moor Mast‘. This astonishing landmark is visible from all over West and South Yorkshire, and its its iconic shape now features on the local brass band’s uniform badges and the logos of a number of local small businesses. Built in 1971 after the disastrous collapse of the previous tubular steel mast, the tower was (like Eiffel’s more famous Parisian tower) at first widely unpopular with the locals who feared another collapse. It is now regarded with much more affection and is a grade two listed building. It is the tallest unsupported structure in the UK, higher than both Canary Wharf and the Shard, at 1,084 feet high (currently, although that might change in the near future). That immediately gave me my title – ten eighty-four – and some ideas to work with.

ten eighty-four is a lively and highly rhythmic scherzo in compound rhythms (which always seem to give brass bands a few problems!), and it forms the second movement of Lucid Perspectives. The remarkably elegant tapered structure of the mast tends to draw the eye upwards, especially if standing close to it (there is a layby next the Arqiva site where you can park and look at the mast) and I therefore made the opening idea of ten eighty-four into a rising motif building up from the low brass that ‘draws the ear upwards’ in a similar way to the eye moving up the tower.

This is combined with chords built up in bell-like fashion using a pattern very loosely derived from the numbers 1, 0, 8 and 4. “Loosely” because an interval of 0 isn’t a lot of help in compositional terms, so I deliberately haven’t applied any of the numerology consistently (before any maths geeks comment…).

This rising melody, with the bell-like chords accompanying it, continues to build up for the first minute of the movement reaching a fortissimo climax, before a new section begins featuring a relatively (for this level of banding) complex rhythmic pattern. The accompanying chords are simple enough and are based on the bell-like figures from the opening, this time in the low brass. The rhythmic pattern is based on the morse code for the words “Arqiva” and “Emley”. This sequence repeats three times, getting louder and more intense each time to reach a brief climactic fanfare at around 1’30” into the piece.

From this point the music goes into reverse – until now it has been all about building upwards, and now it starts to diminish and fall back on itself, with echoes of bits of the previous material repeated, sometimes inverted so that music that previously went up goes down, and music that was previously on low instruments is on high instruments; the movement finishes on a pianissimo chord for the full band built up just like the opening chord in the first example above. The music features quite a lot of percussion (tam-tam, antique cymbal, glockenspiel, bass drum, tambourine, 2 x temple block, egg shaker and snare drum!) but this can all be played by two reasonably competent players.

Interestingly, Lucy and I composed our movements without any knowledge of what the other was doing and yet we both chose to reference television transmitters! Lucy’s opening movement From the Dream to Winter Hill features the vista that stretches from Jaume Plensa’s “Dream” sculpture overlooking the M62 to the transmitting antenna at Winter Hill above Bolton (for trivia fans, the original Emley Moor Mast was the same tubular steel construction as Winter Hill. After the original Emley mast catastrophically collapsed one night in 1969 Winter Hill was reinforced with additional chains to prevent a similar disaster).

The final two movements were both written by Paul after seeing what both Lucy and I had written. The slow, gentle third movement entitled Night Harvest aims to capture the bright lights and sounds of farm machinery working to gather the harvest into the night in late summer – Paul puts it a little more poetically:

The final movement, Goose Squadron A5080, juxtaposes the daily hum of the traffic on the A5080 with the periodic flybys of squadrons of geese, honking as they fly over. This final movement brilliantly brings together all the strands of the piece with little quotations and motifs from all of the previous movements, so that the whole piece feels like one piece of work rather than a set of disparate pieces, and this I think is the reason the collaboration worked – it had a co-ordinator to oversee it all and bring it together!

The next step was to workshop the whole piece with the band, and we all travelled down to Woodbridge in Suffolk in December 2016 to spend a full day working on the piece with the band and their conductor Chris Lewis-Garnham, who responded brilliantly to what must have been a draining day’s rehearsal. The same degree of commitment was evident a little over a month later when the band performed the piece to widespread critical acclaim at Butlins.

What great musical enterprise from Woodbridge Excelsior in Lucid Perspectives. Fourth Section music for a new age – www.4barsrest.com, via twitter

If there were a prize today for sheer musical enterprise then this would surely win. A new co-written piece that takes the fourth section into contemporary musical territory – www.4barsrest.com, live commentary

Fortunately, the band didn’t need a “musical enterprise” prize, because when the results came out their endeavour was rewarded with fourth prize. At the time of writing the piece is being prepared for publication, probably by Prima Vista Musikk – watch this space!