Here at Morthanveld I’ve been delighted to discover that there are not one, not two but three recordings of Ave Maria now available!

Commissioned by Dr David Thornton for Sheona White to play as part of Brighouse and Rastrick Band’s performance at the Brass in Concert contest in November 2017, Ave Maria is scored very lightly for tenor horn soloist with a small brass ensemble with either vibraphone or marimba. Alternative versions exist for B flat solo instruments and for just percussion accompaniment, which makes it a lovely (and unusual) option for solo recitals. 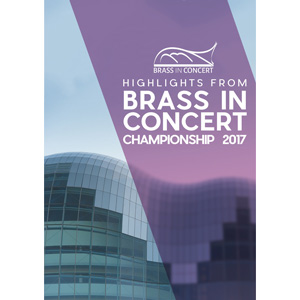 The first recording is of course the usual live version from Brass in Concert 2017 – this performance won Sheona the prize for Best Tenor Horn at the contest, and listening to the sheer control and classy musicality with which she delivers such an exposed solo in an major concert hall, it’s not hard to see why! You can buy either audio only or video versions, on disc or as downloads, from World of Brass. You can also buy or download Brighouse and Rastrick’s world premiere of my arrangement of Graham Fitkin’s exhilarating work “Metal”, commissioned for the same contest. Unfortunately I don’t sell this one but you can buy it on request from Ricordi in London.

I feel a bit cheeky including this next recording, as it is exactly the same live performance from Brass in Concert 2017! However, it’s on such an amazing CD that I can’t help but feel a huge amount of pride to be associated with it. Sheona’s new CD “Timeless” is her first solo recording in 17 years and features six major original works for the tenor horn including the ‘Concerto for E flat Horn and Brass Band’ by the late Derek Bourgeois. Also included are works by Eric Ball, John Golland, Bramwell Tovey and two by Philip Sparke. Ave Maria features as a “bonus track” at the end of the CD. Paul Hindmarsh’s review had this to say about the CD:

From the ringing top note with which Eric Ball’s September Fantasy begins to the reflective ending of the bonus track – Ave Maria (Bach – Gounod – Baker), recorded live at Brass in Concert in November, her playing is a complete joy. I have always admired Sheona’s generous, totally committed artistry. Her instinct for shaping a lyrical line and squeezing out every drop of expression from a melody is second to none in the brass band world.

‘Timeless’ is available from World of Brass here. 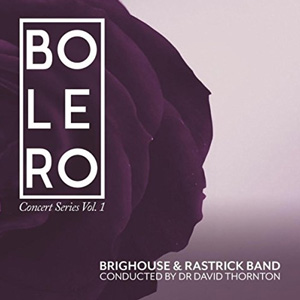 Finally, earlier this year Brighouse and Rastrick Band made their most recent recording, a CD showcasing modern classical transcriptions of works by Wagner, Ravel, Bach, Walton and Bizet entitled ‘Bolero’. This is the first “studio” recording of Ave Maria and is a disc to treasure for some truly stunning playing in the finest traditions of brass band music. Along with Ravel’s title track, the major item to feature on this disc is Paul Hindmarsh’s arrangement of Walton’s ‘A Wartime Sketchbook’, a must-have for anyone remotely interested in British composers or film music. You can buy ‘Bolero’ here.