At around this time every year, there is a significant milestone in the year for lovers of serious brass band music, and that milestone is the announcement of the programmes for the RNCM Brass Band Festival in January. Under its Director Paul Hindmarsh, the festival has become probably the most significant celebration of new and original music for brass band in the world. Like many of the brass band world’s favourite traditions, the RNCM Brass Band Festival has its roots in adversity – its predecessor, the BBC Festival of Brass was held at the BBC Studios on Oxford Road in Manchester and was the BBC’s ‘apology’ for the axing of the weekly Radio 3 programme ‘Bandstand’ by the then controller, John Drummond. ‘Bandstand’ was a weekly half-hour programme devoted to new and/or original music for brass band, which set it apart from Radio 2’s ‘Listen to the Band’ which was (and remains) focused on lighter concert music. At the time, ‘Bandstand’ gave Radio 3 listeners the opportunity to hear major original works for brass band every week, and for many of us of that generation it was our first (and only) opportunity to hear bands like Eikanger-Bjorsvik, who stunned the banding world by becoming the first non-UK brass band to become European Champions. ‘Bandstand’ broadcasts also played a significant role in determining the BBC Band of the Year, once a much-coveted title.

The demise of ‘Bandstand’ caused quite a furore, and its replacement was the BBC Festival of Brass, a short selection of concerts of significant and original music for brass bad, with the best programme and performance helping to decide the the Band of the Year title. From its inception Paul Hindmarsh (then a BBC producer) was heavily involved, and when the BBC’s support ended after a few years he played a crucial role in persuading the RNCM to take over the festival. In the early years the support of then RNCM Principal Edward Gregson was crucial in establishing the Festival of Brass as part of the RNCM’s annual calendar, and it is therefore fitting that the newly rebranded RNCM Brass Band Festival features his first major work for brass band on Saturday 27 January, when Jonathan Scott will perform his Concertante for Piano and Brass Band with the Fairey Band conducted by Garry Cutt. Anyone who hears this delightful work and is interested in performing it can buy it (as well as study scores) from this site! 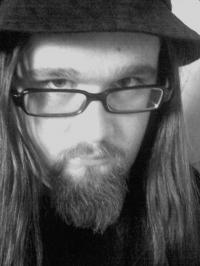 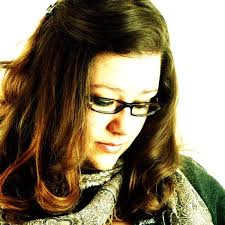 There are for me a few other significant highlights over the weekend – my good friend Paul McGhee is a regularly featured composer at the Festival and his 2012 work Lullaby is on the same Fairey band programme – Lullaby won the 2012 Composers Competition at the European Brass Band Championships in The Netherlands. Another inspirational voice writing for brass band is Lucy Pankhurst, who has two works featured over the weekend. On Sunday 28 January the RNCM Brass Band will give the world premiere of her latest work Mindscapes (part of her PhD studies into combining brass band music with electronics at the college) and later that evening the Brighouse and Rastrick Band will give a performance of her BCA Award-winning work In Pitch Black – this was written for the Wingates Band to commemorate the centenary of the Pretoria Pit Disaster in Westhoughton, in which many members of the prizewinning band of the early 1900s lost their lives. I was lucky enough to play in the premiere and Wingates’ subsequent CD recording of In Pitch Black, and it remains one of the finest works written for brass band in the last two decades.

The composer Paul Mealor has achieved the unusual feat of critical and academic success AND popular success – too often these days one rules the other out – and his Ubi Caritas for the wedding of the Duke and Duchess of Cambridge brought his music to worldwide attention. Less well known is his earliest musical success as part of the Northop Youth Band and Northop Silver Band, where for a short time in the youth band he was principal euphonium and I was principal cornet! I’m therefore delighted to see that the Black Dyke Band and Sheffield Philharmonic Chorus will give the world premiere of his new work Paradise for chorus and brass band on Saturday 27 January at 7.30.

Finally I’m very proud that in the same concert as Lucy’s In Pitch Black, the Brighouse and Rastrick Band will perform my new arrangement of Graham Fitkin’s Metal, originally written for the RLPO to mark the reopening of Liverpool’s famous Philharmonic Hall after refurbishment. All in all, a very exciting Festival with a huge variety of major works for brass band both new and revered classics – anyone who loves really good brass band music needs to mark it in their diary now!