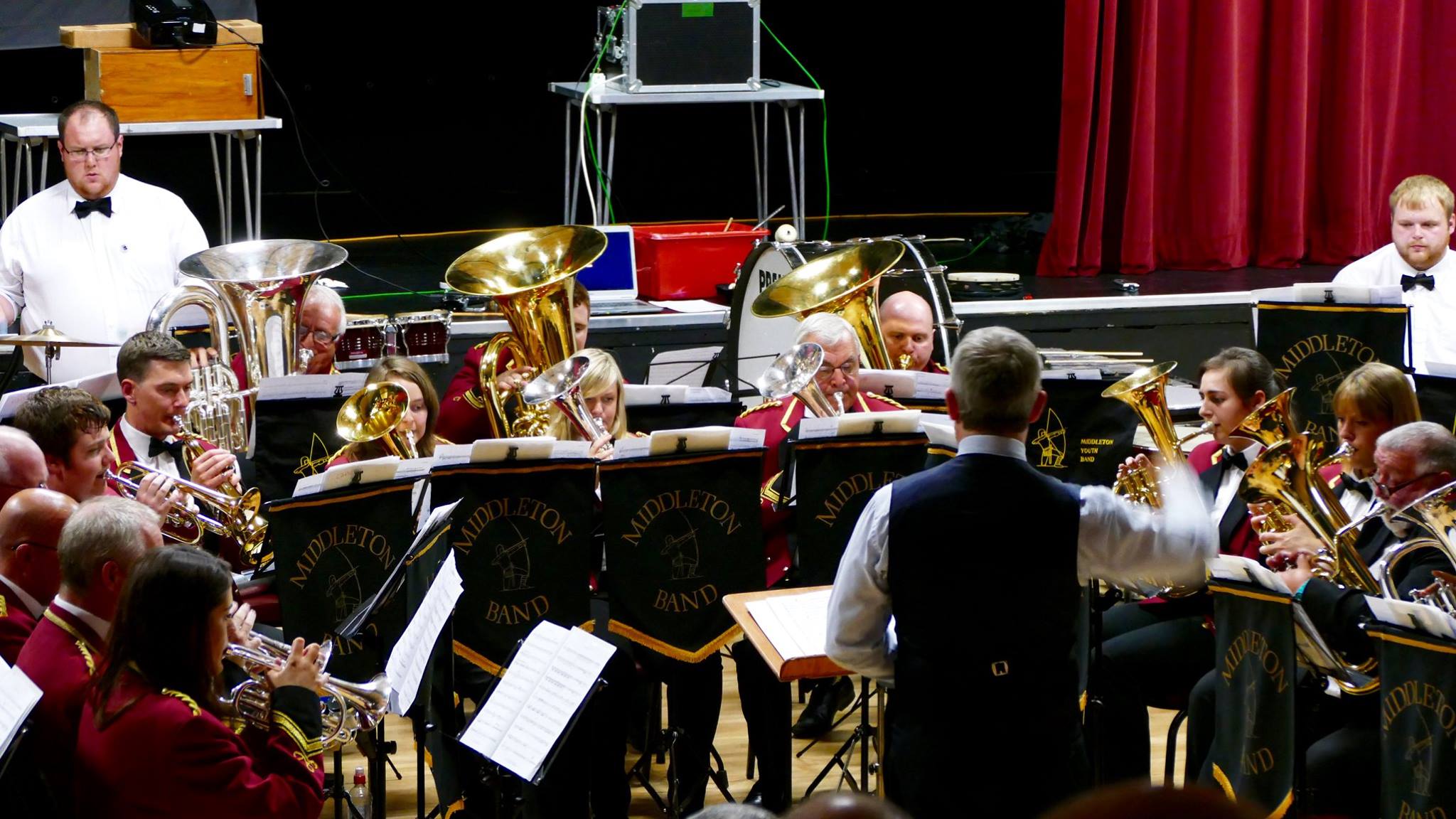 This evening (1 October 2016) is the official celebration of Middleton Band‘s 140th anniversary, marked by a gala performance of ‘Perseverance’, which the band originally commissioned me to write for them almost exactly two years ago. Since then I’ve been lucky enough to be appointed as the band’s Musical Director, so as I write I’m preparing to conduct it at tonight’s performance. This represents the culmination of about two year’s composing and conducting work on and off, so I thought I’d write a little bit about the piece and its inspiration.

‘Perseverance’ was commissioned by Middleton Band to mark their 140th anniversary in 2016. The title is taken from the original name of the 1876 band, the Middleton ‘Perseverance’ Drum and Fife Band. According to the band’s historical records, the Drum and Fife band was formed by six Middleton youngsters eager to learn music but short of funds. Following a whip round, they visited a music shop in Oldham where they purchased a ‘one key flute’ for six shillings and sixpence, and (‘later on’) a drum.

Determination to make music despite the odds has been a characteristic of the band ever since; at the end of the second world war the band was again down to six players, who rebuilt the ‘Middleton Borough Band’ back to twenty-six players. After a period of some considerable success throughout the sixties and seventies culminating in winning the National Third Section title in 1983 the band hit hard times again in the late eighties and was down to only four members in 1987 before again being brought back to life.

The band’s will to survive through adversity is reflected in the music, which builds from a sextet of four brass and two percussion players three times, only to fall back to the sextet twice. The four brass players (the soprano cornet, solo horn, principal euphonium and solo trombone) stand outside the band in the sextet sections. In the central slow movement the bass drum plays a ‘heartbeat’ rhythm as the remaining players remember those fallen comrades who didn’t come back to the band in 1045. The relentless pace of the final section culminates in the band triumphing over the adversity which has curtailed the previous two sections.

‘Perseverance’ was commissioned using public funding by the National Lottery through Arts Council England, and at tonight’s performance (and the premiere in July 2016) it is preceded by a short film by the renowned photographer and videographer Andy Marshall, also funded by Arts Council England which explains something of the background to the piece and to the 140th anniversary celebrations. If you’re interested in buying a copy for your band, you can buy it here!