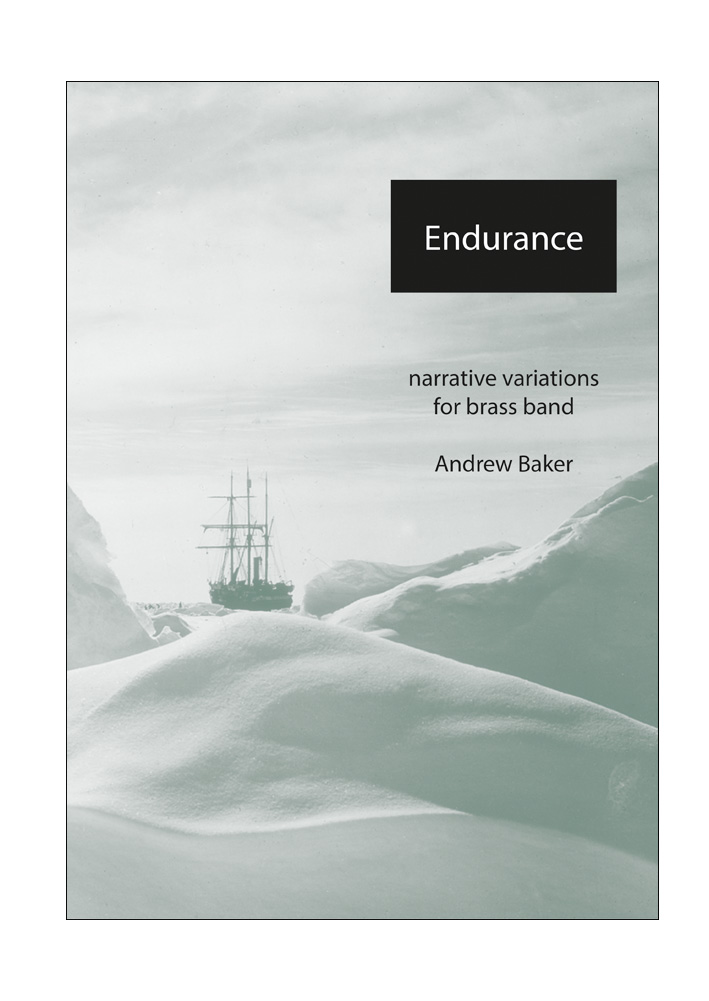 Morthanveld Publishing are delighted to announce that a newly commissioned work, Endurance – narrative variations for brass band is to be used as the testpiece for the 3rd section of the 2020 Regional Championships of Great Britain. Endurance was commissioned by Kapitol Promotions Ltd as part of an exciting initiative to provide four brand new works for the Regional Championships, the first time this has been done since these contests (known throughout the banding world as the ‘area’ contests) were established in 1945.

These ‘area’ competitions are for most British brass bands the most important competition of the year – as well as acting as a qualifying competition for the National Championship Finals later in the year, the result at the ‘area’ determines a band’s grading for the following year including promotion or relegation!

Along with Christopher Bond, Kit Turnbull and Tom Davoren, the music panel which selects all of the testpieces for the regional and national brass band championships asked Andrew Baker to provide a brand new work (in Andrew’s case for the 3rd section). 3rd section bands are no strangers to Andrew’s music, as many of them will have played The Once and Future King which was the 3rd section area testpiece in 2009.

Endurance is a set of ‘narrative variations’ for brass band inspired by the story of Ernest Shackleton’s epic journey across the Southern Ocean in 1914-16 and takes its title from his doomed ship, which was trapped and crushed by the Antarctic ice early in the expedition. Shackleton’s crew ensured unimaginable hardship in their attempts to survive and get home, culminating in Shackleton and a small group undertaking one of the most remarkable, dangerous and heroic open boat journeys in history, covering 800 miles of the Southern Ocean to seek help.

Endurance is now on sale via this website, and anyone attending the lower sections National Championships finals weekend at Cheltenham on 14/15 September will be able to buy it from the combined composers’ exhibition stand in the foyer.