… love it or hate it, eventually every musician will end up playing some Christmas music at some point, often as early as bonfire night (even if that’s just starting to rehearse)!

The difficulty is that often there are a lot of concerts crammed into a short period of time, and players have many other family and work commitments, which means that rehearsal time is at a premium. It’s often easier to play the same pieces that were played last year, and the year before, and the year before – meaning that players and audiences get the same repertoire every year. In some ways of course this familiarity is comforting, and annual classics are often very popular. BUT… we all know what over-familiarity can breed, right? And sometimes we just have to refresh the repertoire a bit. So every year music publishers produce a catalogue of Christmas music hoping to tempt jaded musical palates, and here at Morthanveld we’re no exception! Have a look at a few of our works designed to refresh your Christmas programmes this year…

This arrangement of Corelli’s famous “Christmas Concerto” features soprano cornet, two solo cornets and solo euphonium. Arcangelo Corelli was one of the first masters of the baroque period, a skilled violinist much admired by fellow composers like Bach and Handel. He was born in Fusignano, near Ferrara in Northern Italy in 1653. He studied in nearby Bologna where he became an extremely competent violinist. By the 1670s he was working in Rome and building a reputation as a composer at the important and powerful Papal court. By the late 1600s he was widely famous all over Europe, regularly invited to important courts and palaces. Although he had a huge influence on the virtuoso writing of later composers, his writing for string instruments was designed to be playable by average, often amateur players. His set of Concerti Grossi known as Opus 6 was not published in his lifetime. We think they were written around 1690, and they were first published in Amsterdam in 1714, a year after Corelli’s death. A ‘Concerto Grosso’ is a concerto for a group of soloists (the “concertino” group) accompanied by an ensemble (the “ripieno” group) and was an important form in the Baroque era. Handel’s very successful examples were modelled on Corelli’s example. Number 8 from the Opus 6 set was commissioned by the Venetian Cardinal Pietro Ottoboni and bears the inscription Fatto per la notte di Natale (‘made for the night of Christmas’). It was used as part of the soundtrack for the 2003 film ‘Master and Commander: The Far Side of the World”. 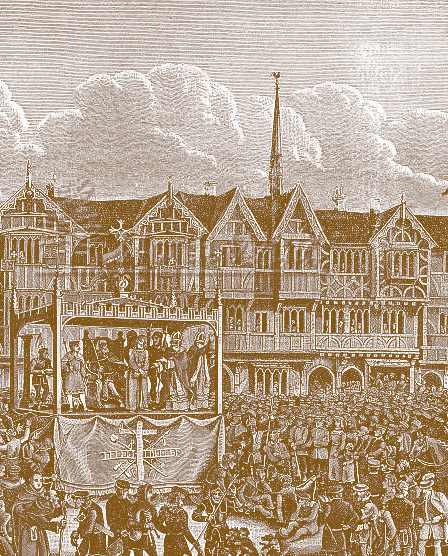 Coventry Carol is a traditional English Christmas carol dating back to at least the sixteenth century, where it formed part of the Pageant of the Shearmen and Tailors, one of the Coventry mystery plays. The plays themselves date back to at least 1392, but the earliest surviving record of the music is in a manuscript writen in 1534. Religious suppression put a stop to the plays by the end of the sixteenth century, but the manuscript recording the Coventry Carol survived and was published in 1817 as part of a revival of interest in the medieval and renaissance periods. The carol refers to the ‘Massacre of the Innocents’ from chapter two of the Gospel of Matthew, in which Herod orders the massacre of all Hebrew children under the age of two. 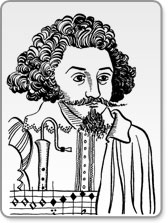 Es ist ein Ros Entsprungen is sometimes sung to the English words “A Great and Mighty Wonder”. This tune to the reformation era German carol first appeared in the Speyer Hymnal in Cologne in 1599. This harmonisation of the tune by Michael Praetorius in 1609, one of his earliest publications. Praetorius was, along with his slightly younger contemporary Heinrich Schutz, the foremost German composer of the day, and became famous for his choral music. Much of this was written for multiple groups positioned around the church and conducted by a central conductor, giving a multi-phonic effect similar to the Venetian music of Gabrieli. Today his most famous music is Terpsichore, a collection of over 300 secular dances. 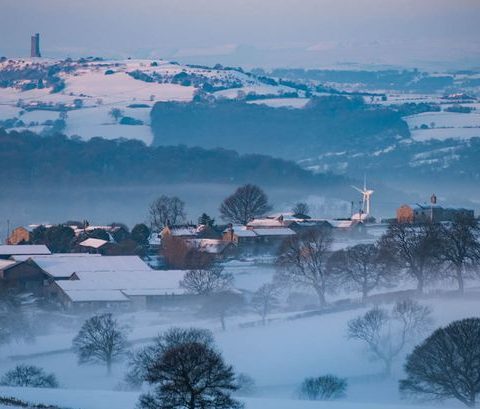 …and the winter moon rises was inspired by a winter’s evening car journey across the Pennines from Manchester to Huddersfield, through the brass band heartland of Saddleworth. There was recent snow on the ground, and the sun had just set. A bright clear moon was rising into a sky coloured with orange from the setting sun, and the moonlight made all the snow and ice sparkle.

The work is the fourth movement of a larger 5 movement suite entitled “North!”, but can be (and has been) performed in isolation. This work was a finalist in the 2012 Ohio Brass Arts Festival composition competition. It is a slow, descriptive musical postcard of a winter journey as recorded by the Virtuosi GUS Band on their CD ‘80 Years in the Making‘